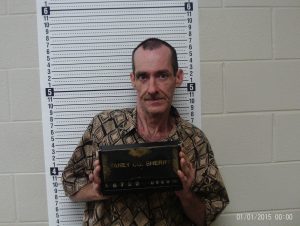 On April 10, 2018, GARY DEAN PHILP d/o/b 7-10-1965, of Branson, Missouri, was sentenced to fifteen (15) years in the Missouri Department of Corrections for the class B felonies of distribution of methamphetamine and possession of methamphetamine with intent to distribute and seven (7) years for the class D felony of distribution of drug paraphernalia by the Taney County Circuit Court Judge. The sentences were ordered to be served concurrently. PHILP’s attorney argued for a ten (10) year sentence and asked for probation.

PHILP was previously convicted of those charges by a jury on November 27, 2017. At trial, Assistant Prosecutors Tony Brown and Chris Lebeck presented evidence that on August 4, 2016, an officer with the COMET Drug Task Force received a tip that PHILP was selling methamphetamine out of his hotel room at the Plantation Inn, in Branson. The officer made contact with PHILP at the hotel and was sold what was purported to be one (1) gram of methamphetamine for $100.00. The substance was confirmed to be 0.6 gram of methamphetamine by a criminalist at the Missouri State Highway Patrol Crime Lab.

“Without the officers on the Task Force and their willingness to put themselves in harm’s way by going undercover, we would not have been able to remove another violent drug dealer from the streets,” said Taney County Prosecuting Attorney Jeff Merrell about the sentenced handed down today.

TEN (10) YEARS IN PRISON FOR MICHAEL CRAIG IN DOMESTIC ASSAULT