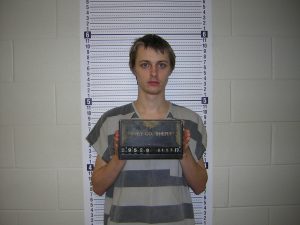 Claypole’s charges stemmed from a shooting on January 16, 2017, at a residence on Rainbow Drive, in Branson. Taney County Sheriff deputies responded to the residence and discovered Daxton Drake, age 22 years, had suffered multiple gunshot wounds. Drake was pronounced dead at the scene. A witness – who was romantically involved with both Claypole and Drake – explained that she and Drake were in bed together when Claypole walked up the stairs leading into the bedroom, and brandished a handgun. Claypole verbally confronted Drake and fired a gunshot in his direction. Then, Drake stood up and Claypole fired multiple gunshots into Drake, killing him. Claypole fled the residence driving Drake’s automobile and was arrested by Highway Patrol Troopers and Branson Police Officers a few miles away.

Pursuant to a plea agreement, Claypole pled guilty to the amended charge of murder in the second degree – which had formerly been murder in the first degree. The Taney County Prosecutor’s Office entered an agreement with Claypole’s attorney that the sentences handed-down by Judge Holden will be served concurrently with one another.

The class A felony of murder in the second degree carries a maximum penalty of thirty (30) years or life imprisonment – with the possibility of parole. The unclassified felony of armed criminal action carries a minimum sentence of three (3) years in prison, with no maximum.

TEN (10) YEARS IN PRISON FOR MICHAEL CRAIG IN DOMESTIC ASSAULT