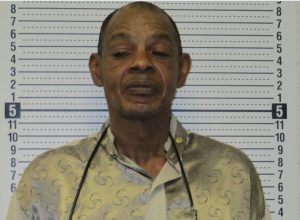 Taney County Prosecuting Attorney Jeffrey M. Merrell announced today that Curtis E. Mosby, d/o/b 11-27-1958, entered an “open plea” of guilty, on the eve of trial, to the class B felony of driving while intoxicated and the class D felony of driving while license revoked – both as a prior and persistent felony offender. Curtis E. Mosby was set to begin a two-day jury trial today in the Circuit Court of Taney County. An “open plea” of guilty means there is no agreement with the prosecutor as to what sentence Mosby will receive. Formal sentencing is set for August 28, 2018, at 9:00 a.m.

On May 14, 2016 at approximately 1:00 a.m., Trooper Kyle Copeland with the Missouri State Highway Patrol, while on patrol, observed a vehicle cross the fog line then run off the road to the right and continue driving on Missouri Highway 165 at Green Mountain Drive. Trooper Copeland, who was concerned for safety of other drivers, stopped the vehicle at Missouri Highway 76 at Presley’s Country Jubilee. Trooper Copeland made contact with the driver, Curtis Mosby. The Trooper observed a strong odor of intoxicating beverages coming from the vehicle and Mr. Mosby’s eyes were watery, bloodshot and glassy. Mr. Mosby’s speech was slurred, mumbling and confused, and he was covered in slober. After submitting to a battery of Standardized Field Sobriety tests administerd by Trooper Copeland, Mr. Mosby was arrested for driving while intoxicated and driving while license revoked. Mosby was then transported to the Taney County Jail, where he submitted to a breath which showed he had a blood alcohol concentration of .150 – almost two times the presumed legal limit in Missouri.  During Trooper Copeland’s investigation it was learned that Mr. Mosby had six prior driving while intoxicated convictions and his license was revoked with a 10-year denial.

In response to the plea Taney County Prosecuting Attorney Jeff Merrell said,  “I am grateful that Taney County’s roads are patroled by law enforcement officers like Trooper Copeland. This was a great victory for the safety of our community. With Trooper Copeland’s solid policework, we were able to hold a chronic offender accountable for his continued disregard for the safety of others on Missouri roadways.”

According to the National Highway Traffic Safety Adminsitration (NHTSA), twenty-eight (28) percent of all motor vehicle traffic fatalities in 2016 were the result of alcohol impaired driving. 10,467 people were killed in alcohol-impaired driving crashes in 2016, resulting in an average of 1 alcohol-impaired-driving fatality every 50 minutes. According to the same study, alcohol imparment among drivers involved in fatal crashes was 3.3 times higher at night than during the day (30% versus 9%), and a 2009 study by NHTSA revealed that midnight to 3:00 a.m. is the most dangerous time to be on the road for drivers, as 66% of all fatalities during that time were the result of alcohol impairment.