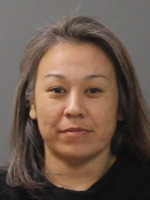 BRANDY B. SHADDOX, d/o/b 12-08-1977 of Branson, Missouri was found guilty on Friday of murder in the first degree, assault in the first degree, armed criminal action, kidnapping and forgery in the Circuit Court of Lawrence County, Missouri. A twelve (12) woman jury heard evidence and arguments over a five day period before arriving at their verdict. Under Missouri law, the sentence on murder in the first degree is fixed at life imprisonment without the possibility of parole and after a brief sentencing hearing the jury recommended a life sentence on assault in the first degree, a twenty (20) year sentence on armed criminal action, fifteen (15) years on kidnapping and four (4) years on forgery. The case was tried by Taney County Prosecuting Attorney Jeff Merrell and Chief Assistant Prosecuting Attorney Chris Lebeck in Lawrence County on a change of venue filed by the defense. Lawrence County Circuit Judge Jack Goodman scheduled formal sentencing for October 10, 2018 at 9:00am.

The verdicts stem from crimes committed in November of 2015 where BRANDY SHADDOX orchestrated the death of 72-year old Larry Adams, of Hollister by beating him in the head with a flashlight and driving him to a remote location off Highway 65 in Walnut Shade, Missouri. His body was discovered found wrapped in a tarp with his hands and feet “zip-tied” in the back of BRANDY SHADDOX vehicle. Adams died of hypothermia while BRANDY SHADDOX continued to live in his residence, use his vehicle and make purchases on his credit cards.